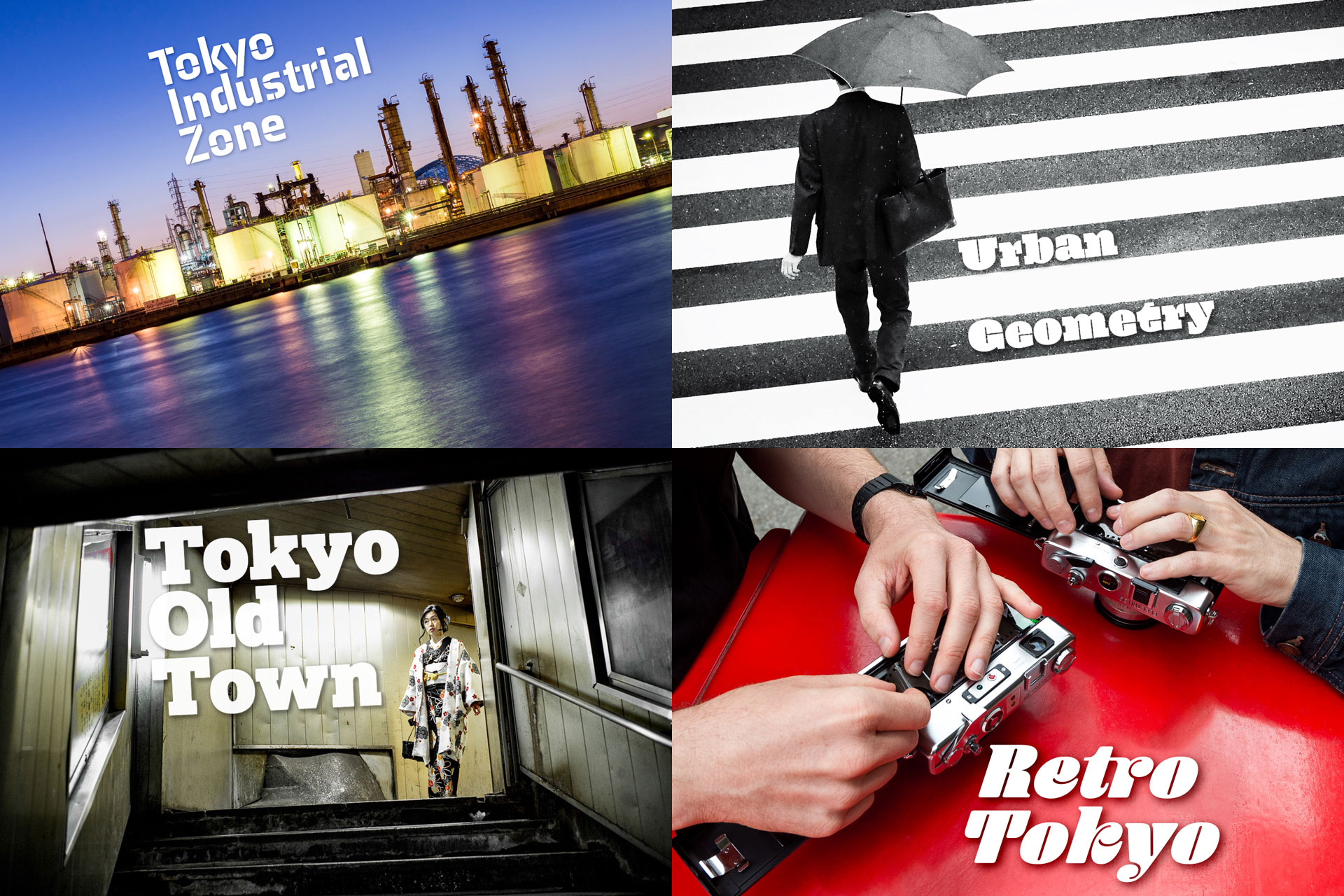 We’ve been busy these past few months in Tokyo to bring you some new photo adventures. To that end, we’ve also brought on board a couple of specialist photographers to help create these new photo tour experiences. Check out what the local pros have in store for you!

First off, we have Lee Chapman, who is has been exploring the older parts of Tokyo for over a decade. He is heading the new workshop Tokyo Old Town, which takes place on the north-east side of the city in an area generally known as ‘shitamachi’ or the ‘low city.’ Join him on his adventure into the forgotten parts of the city and hear his stories of Tokyo’s past.

Take it slow in the quaint, old-school districts of Tokyo’s old town, riddled with narrow alleyways and ramshackle houses.

A Street Photography Workshop in Monochrome

Next up we have Urban Geometry, a workshop focusing on high-contrast black and white street photography in downtown Tokyo. It is led by Laurence Bouchard, whose photographs portray the architecturally rich districts of Tokyo, such a Roppongi and Yurakucho, in a stark monochrome.

For the third new workshop, our resident film photography expert, Stéphane, has a new experience purely focusing on capturing the retro vibes of Tokyo’s north side residential areas on film. On this workshop you’ll use a Yashica Electro 35mm film camera—a retro camera for retro vibes. We’ll bring the cameras and a couple rolls of film for you to dip your feet into a more mindful and hands-on kinds of photography.

Finally, our in-house team, Lukasz and Charles, developed an urbex centric photo workshop taking place Tokyo’s industrial zone. We’ll delve into the factory and refinery filled islands near Kawasaki on the outskirts of Tokyo. Here we will capture the mess of pipes, valves, and smokestacks that comprises these towering behemoths of industry.

Delve into the Kawasaki industrial zone and learn how to shoot the nightscape with a pro urban explorer.