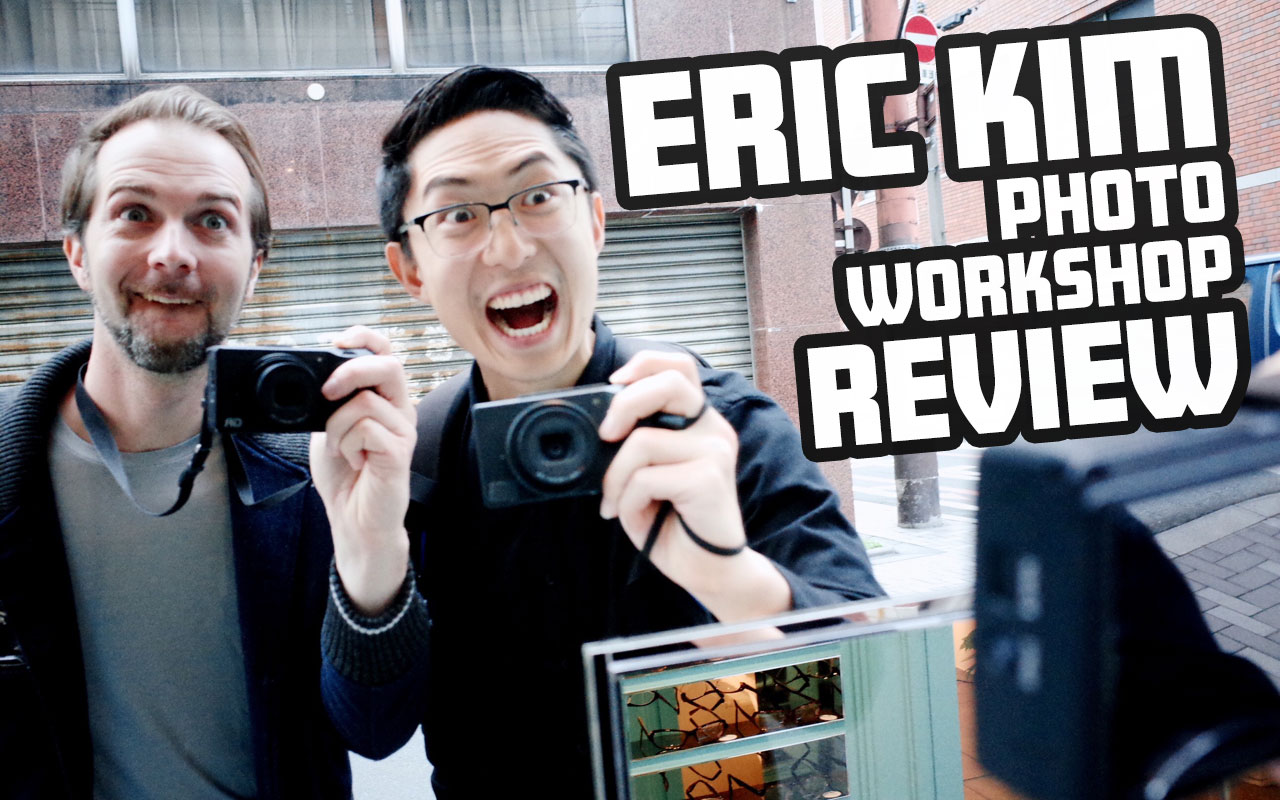 When I heard that Eric Kim was coming to town to dispense a street photography workshop I immediately thought: this is a great chance to learn how to better run our own workshops! It turns out I learned a lot indeed!

You see, Lukasz and I are contemplating the possibility of creating a new line of photo adventures—we always want to challenge the way we do things. The topic of this new format would be long exposure night photography and it would span over more than one day, would include hands-on post-processing advice, and would feel even more like a workshop than our current offerings. So I admit, I went into Eric’s workshops to learn street photography but also to get ideas for our new long format workshop.

Eric has always been a source of inspiration for us. On his blog Eric Kim comes across as a genuine photography teacher and this motivated me to sign up! The cost of the workshop in Kyoto was 500 USD per person. It was a 2 day workshop (10AM to 5PM Saturday & Sunday) with a lunch break and dinner for those who wanted. There were 18 participants on the first day and 16 on the second day. Eric was joined by local street photographers for help: Sean Lotman and Junku Nishimura.

When I attended I didn’t let on that I lead my own workshops. I simply didn’t want to influence anything or anyone. However, at the end of the workshop I told Eric why I came and gave him my feedback. I have somewhat mixed feelings about the overall experience. Some very good, some less good. Let me give you my honest review of the Eric Kim photo workshop in a very “Erickim-esque” fashion with this list of the “5 Lessons Eric Kim Has Taught Me About Photography Workshops”.

This is by far the the strongest positive feedback I have about the workshop. Eric is a coach: genuinely interested in what he does and, unlike many, he has a teaching method. Eric will show you how things are done and he cares about you actually getting it.

Big names fool people. We think we’ll grow better at something asking the masters out there. However, I strongly believe that this is the wrong approach. As my buddy Lukasz once told me: “if you wanna become the best basketball player don’t ask Michael Jordan… ask Phil Jackson.” You might wonder: “I know Michael Jordan but who is Phil Jackson?” Jackson was the head coach of the Chicago Bulls from 1989 until 1998, during which Chicago won six NBA championships. He played a large part in making Michael Jordan a superstar. Being a coach, a teacher, isn’t something one can improvise. It takes that special “je ne sais quoi” deep inside. And that thing… Eric has it!

Eric is fun, approachable, outgoing and shows a true interest in improving your street photography. He is a good guy at heart and he has a mission. I believe that having a mission, having strong core values, is essential for success.

2. Size does matter… group size that is!

This is, on the other hand, the strongest criticism I have about the workshop. We were 18 participants on the first day and 16 on the second. Yet there was only 1 Eric Kim. The problem here is purely a mathematical one. 18 participants divided by 1 Eric Kim = way too many photography students for one coach.

In the past I took care of travel arrangements for famous foreign photographers coming to Japan to conduct their workshops here. All of them insisted on capping the number of participants to 6. At the time I did not know much about photography and found that somewhat ridiculous. Now that I’ve myself been leading photo workshops for a while it’s all clear to me: more than 6 and you just cannot micromanage students adequately.

Limiting the group size would increase the workshop’s value. 500 USD for a 2 days workshop isn’t expensive. Yet in the case of a 16 people group the value for money drops drastically. 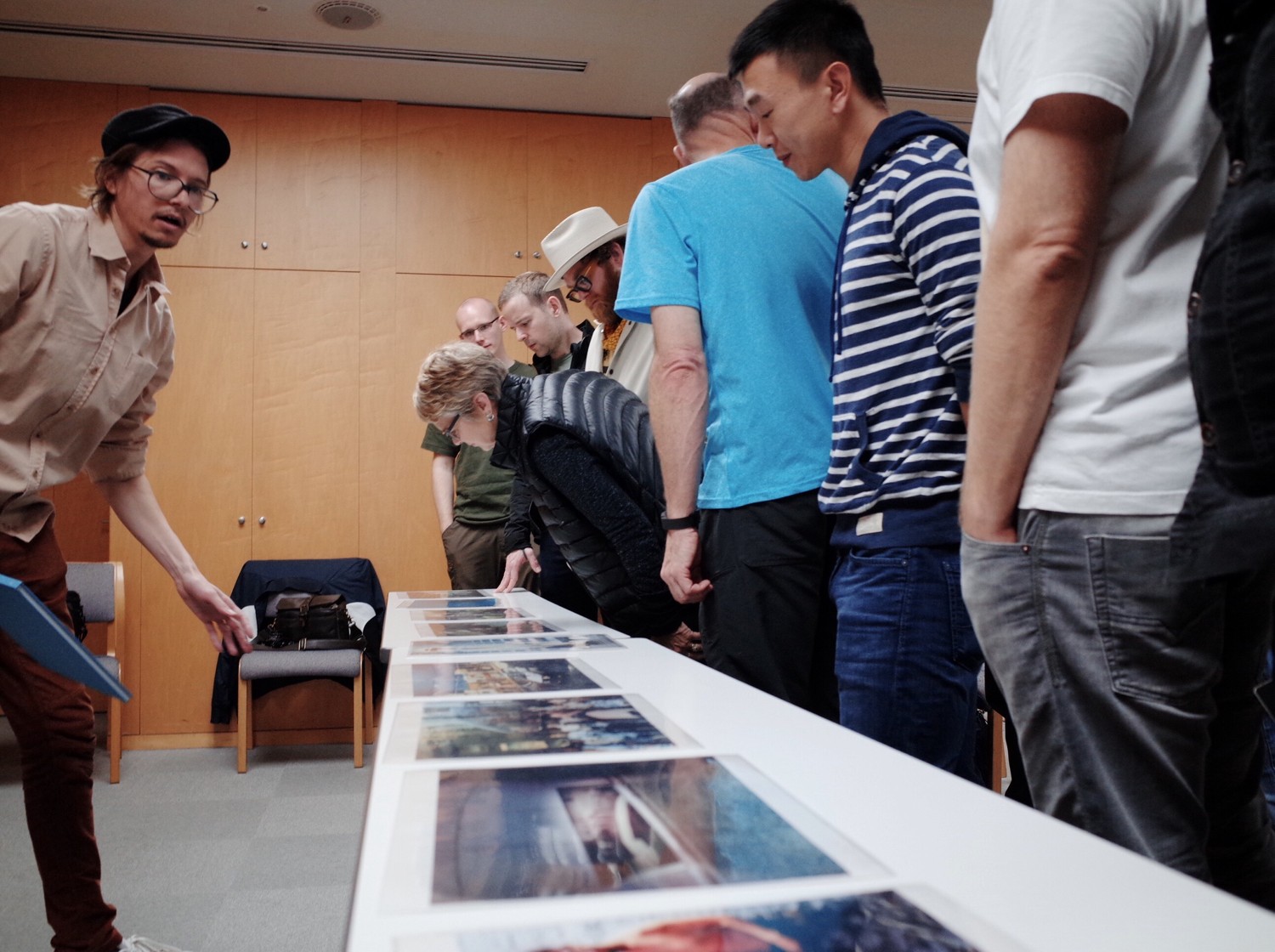 3. Thy timing ye shall master

Eric decided to split the whole group into 4 smaller groups. Each group was assigned 1 teacher (Eric and the two guest photographers). They then rotated between groups. With 4 groups and 3 teachers at any one time one of the groups was on their own. In practice, this isn’t a bad idea. The problem lies in the fact that we all signed up for an “Eric Kim workshop,” not just anyone’s workshop. Again, being a coach isn’t easy and despite the tremendous effort Sean and Junku showed, they were no match to Eric. With a group limited to fewer participants this problem goes away.

The other subtle problem with this method is that we must go back to the same meeting point every time. We literally turned in circles, felt rushed, and didn’t have enough time to focus on the actual shooting. I live in Kyoto and walk its streets up and down all the time, so being limited to one area of town did not bother me. However, it was an issue for a few other participants who had traveled from far away and were discovering Kyoto for the first time.

A much more cohesive schedule and fair for all would have been appreciated. Photography workshops are sort of a trending new industry and a lot has still yet to be established. There isn’t a single ‘proper’ way to lead a workshop but there is always room for improvement.

When you join a workshop with Eric Kim you’re in for a good and fun ride. He has that ability to gather like-minded street photographers. Those who join his workshops are a source of inspiration as much as Eric. I met some incredibly talented people over the course of these two days. They brought me some fresh ideas and ways of seeing the place I thought I knew all too well.

Eric will also come with you to eat lunch and dinner. That may seem trivial for some but it means a lot. I have worked myself as a guide and know that only the real pros will sacrifice their down time in order to focus on their customers. This shows respect, interest, and dedication. Needless to say that evenings tended to conclude at the wee hours of the night. This helped create the atmosphere of friendliness that’s essential for learning. 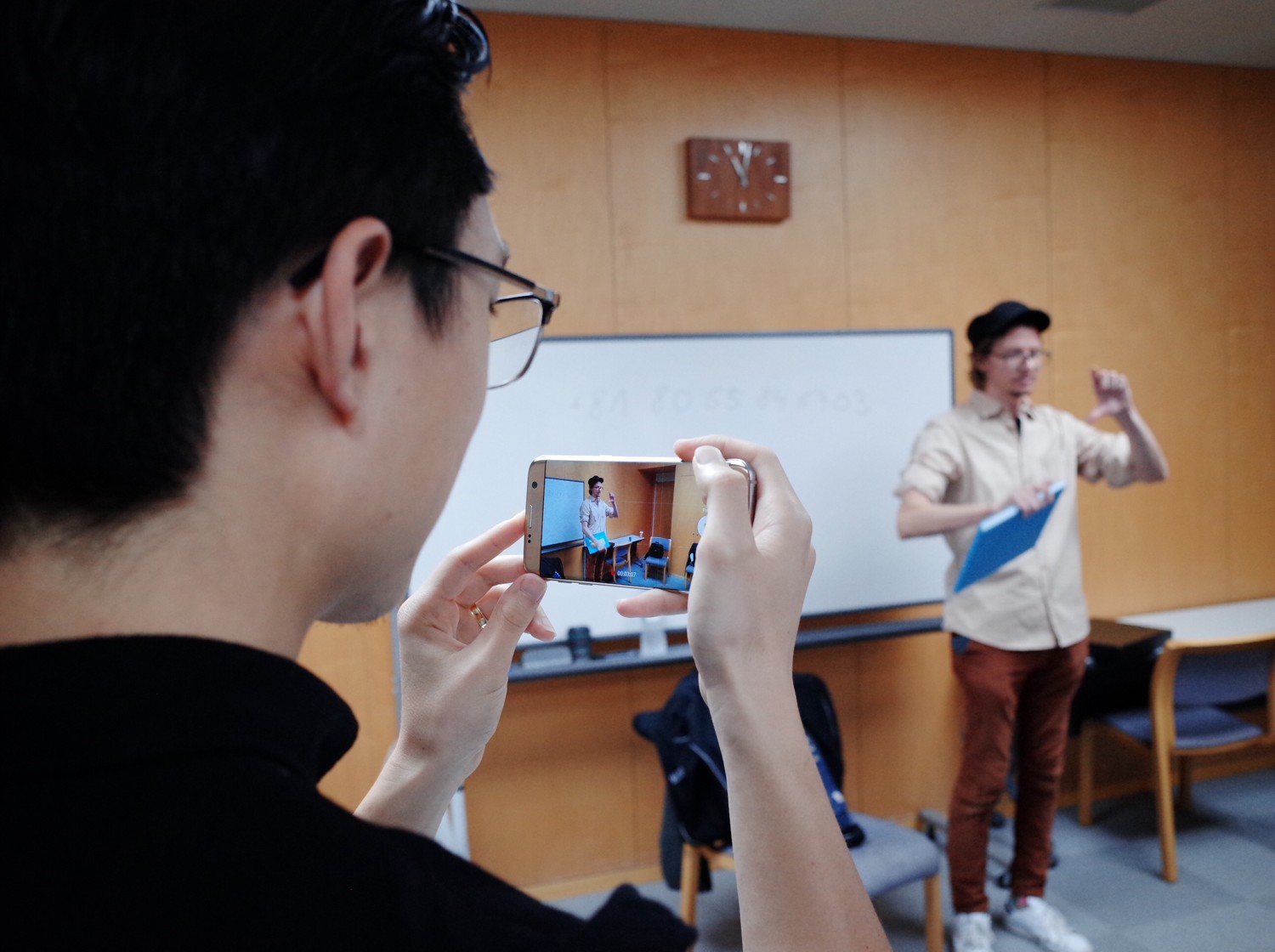 This has more to do with the way photographers have been running workshops in general. It is a proven fact that the brain behaves much like a muscle. It needs to be exercised on a daily and small doses basis. One shouldn’t try to overload the brain with too much information all at once. Limiting the sessions to the strict essentials is key. Eric has a favorite zen motto: less is more. This motto should have been applied on this workshop. We ended up shooting 4 hours on Saturday and 3 hours on Sunday. That doesn’t seem like much, yet it is when you’re learning new things and walking around at the same time.

Would I recommend joining an Eric Kim photography workshop? Yes and no. Yes, because Eric is a teacher and knows his stuff. No, because of the current format which I experienced. I feel that a smaller group would be the only major change needed to make me give a strong recommendation. Keep in mind that this might not be the only way Eric runs his workshops. At the time of writing this article Eric starts an interesting 5-day workshop through Vietnam, which might be quite different. Check it out!

As for as what I learned about workshops in general, I’m glad to see that we have certain things in common: the level of friendliness for one. If you browse around our website you’ll see we hold fun and friendliness above all. I’m also even more confident that shorter sessions are the way to go. Therefore, when creating our new line of long format workshops we will make sure to break it up into smaller pieces that mimic our current 2.5 hour lineup. All in all, it was a valuable learning experience!

Category: EYExplore Life
Tags: Candid, Kyoto, Street Photography
Want to get the latest photo tips and stories in your mailbox?
Read some more