We are proud to announce our new photography workshop in Kyoto with the lovely Sophie Junko Okimoto. The workshop focuses on situational portrait photography and takes places at a private temple on the outskirts of Kyoto: Geshinji.

Meet a descendant of an ancient samurai clan, photograph her in priceless kimono in the gardens of a temple.

Junko Sophie Okimoto is a tea instructor and master of Ikebana and French style flower arrangement. She is also an expert on kimono culture. Originally from Akita Prefecture, she now lives in Kyoto. 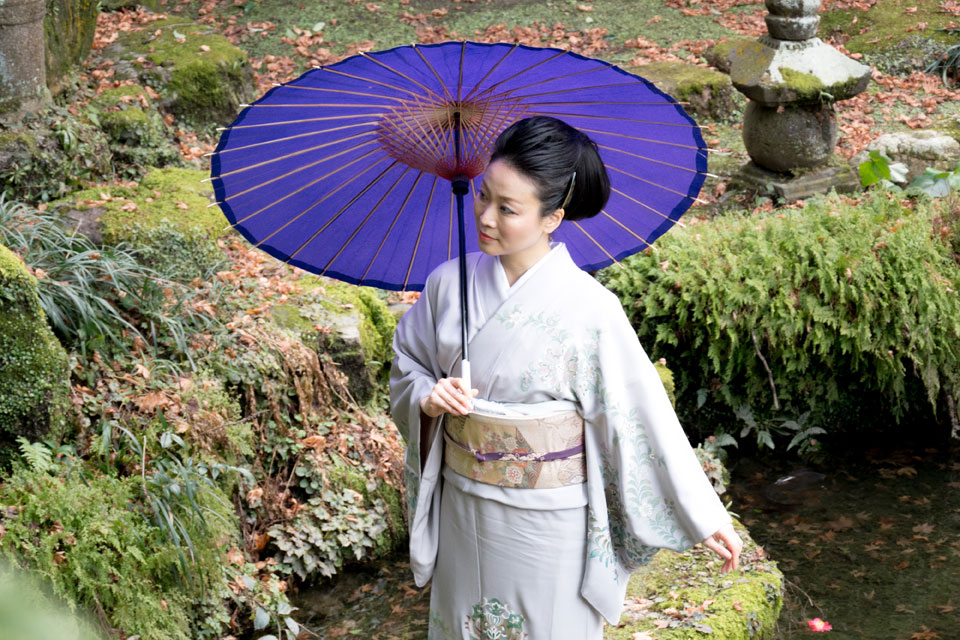 Following her study to become a master of the Sogetsu style of Ikebana flower arranging, Junko studied flower arranging in Paris for two years. She attended the “Université Paris-Sorbonne Littérature et civilization française” after which she took a diploma at “Ecole Française de Décoration Floral” and first class diploma of D.A.F.A. (Diplôma D’animation Florale Artistique). 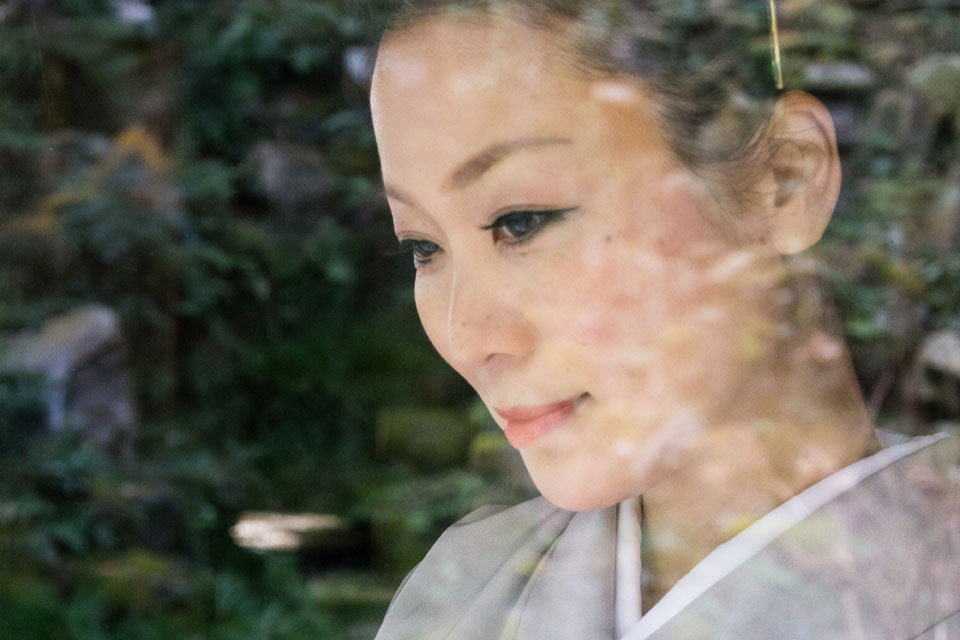 After returning to Japan, she has offered professional level flower arrangement courses and created private installations. Junko comes from a prominent Samurai family that has a nearly 900 hundred year history. The priceless kimono in her collection were inherited from her two grandmothers. Having inherited a large collection of rare kimono, Junko has become involved in promoting Japanese kimono traditions. She is dedicated to promoting and reinterpreting traditional Japanese culture both in Japan and Internationally through writing, photography and exhibition projects.

Fascinating stories from Japanese history, literature, art, architecture and garden design are abundant in the landscape of Gesshinji temple, located in the Otowa mountains east of Kyoto on the old Tokaido Road that once led travelers to far away Edo. The temple gardens have been the inspiration of writers and poets for over 1,300 years and today continue to be a wonderful refuge from the world to experience the essence of Japanese cultural beauty. 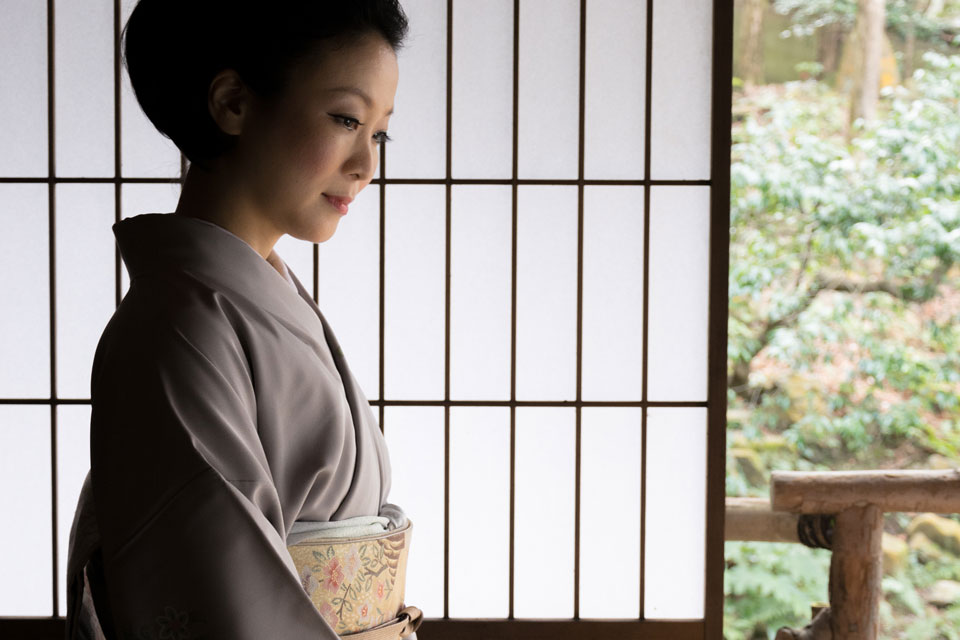 The former summer villa of the great early 20th century painter, Kansetsu Hashimoto, the grounds of Gesshinji consist of his former residence, a sitting room for the Emperor Meiji, a thatched roof tea house, and the temple itself surrounded by the spacious gardens. Before the temple was built there was a popular tea house in the gardens. It was one of the busiest along the fifty-three stages of the Tokaido Road, being the gateway between Kyoto and Outsu to the east. 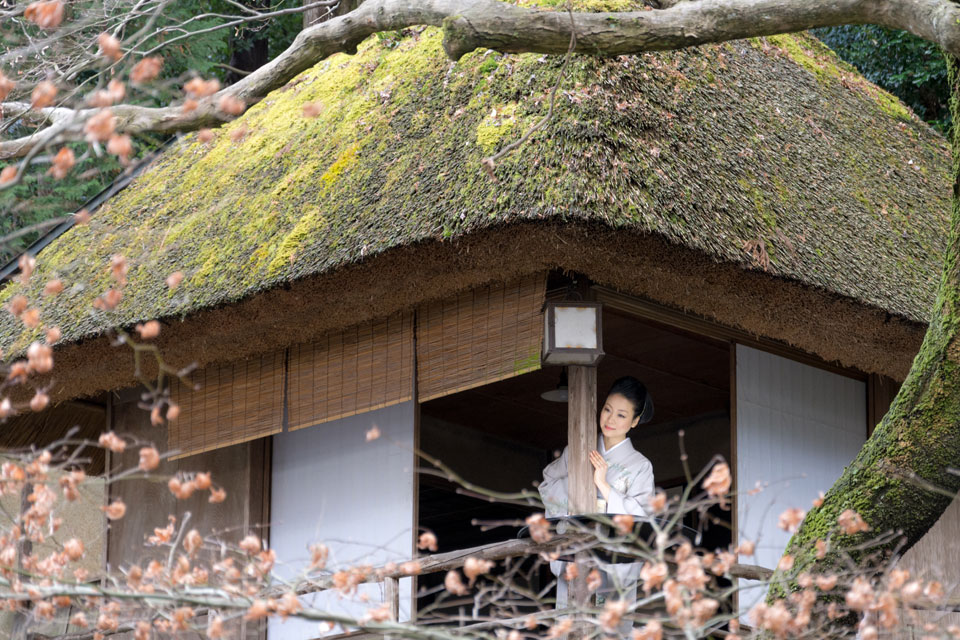 People would come for the garden’s beauty and for the famed spring water, said to be one the three finest springs in Japan. The springs have been famed for over 2,000 years and are the subject of numerous poems by great Japanese poets. One of the earliest poems about the famed spring was from the early Heian period and was collected in one the first Japanese Tanka texts, called Kokin Waka Shu, under the patronage of Emperor at the time. 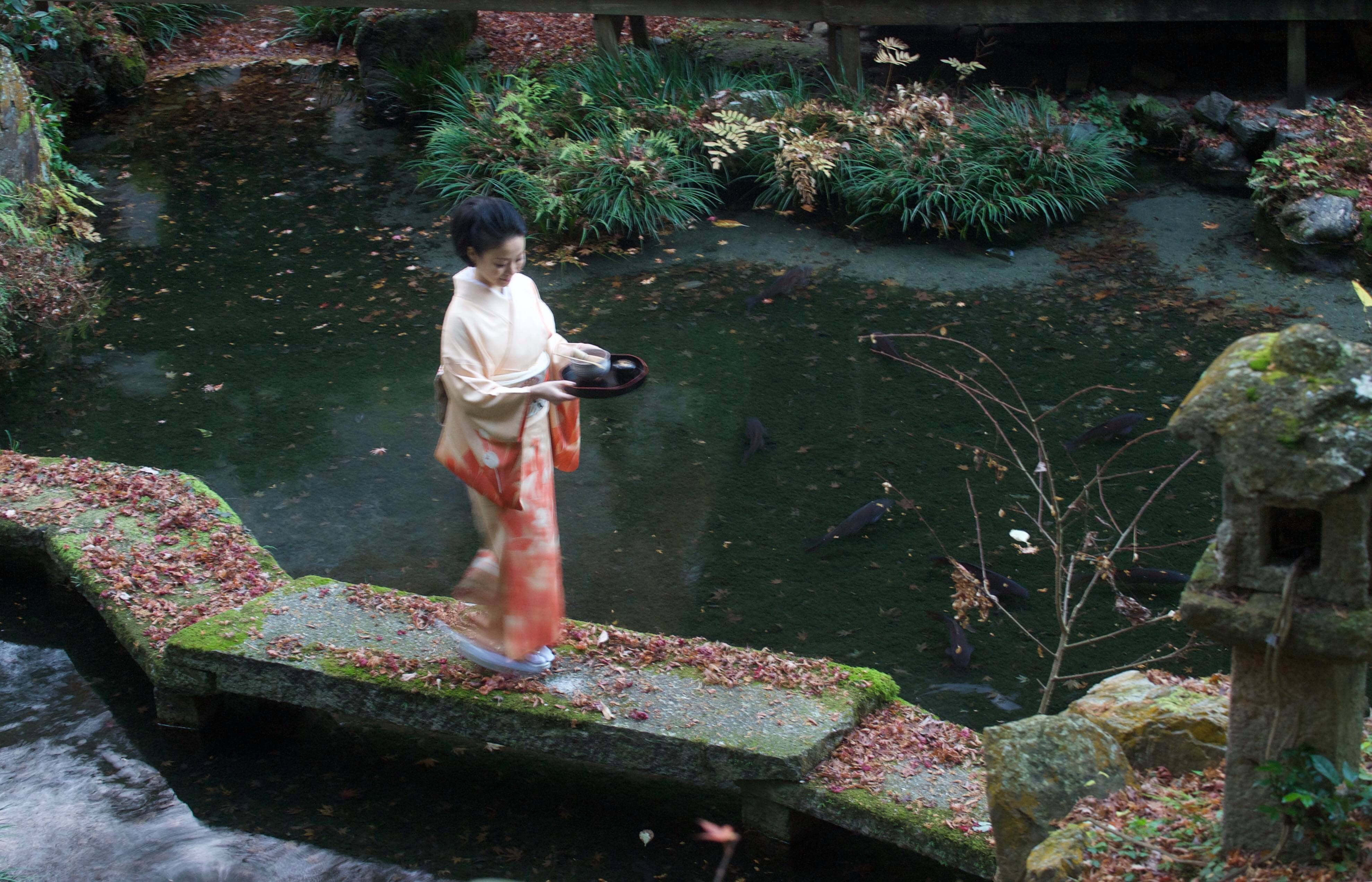 The great Ukiyo-e painters, Katsushika Hokusai and Utagawa Hiroshige drew their impressions of the tea house in the early 1800’s. From 1764, the first generation of tea house began and continued to be popular until the beginning of the Meiji Period.
The tea house, called Hashiri tea house, was famous for the inventing the popular Kyoto sweet rice cake, called “Hashiirimochi. ” The shape is said to resemble water droplets, and also the sword blade. In the Heian era the great swordsmith, Sanjo Munenaga lived on the grounds and made his great swords using spring water. His masterpiece Katana is the registered as a Japanese National Treasure and is called, the “Crescent Munechika” which an heirloom of the great warrior leader Ieyasu Tokugawa. 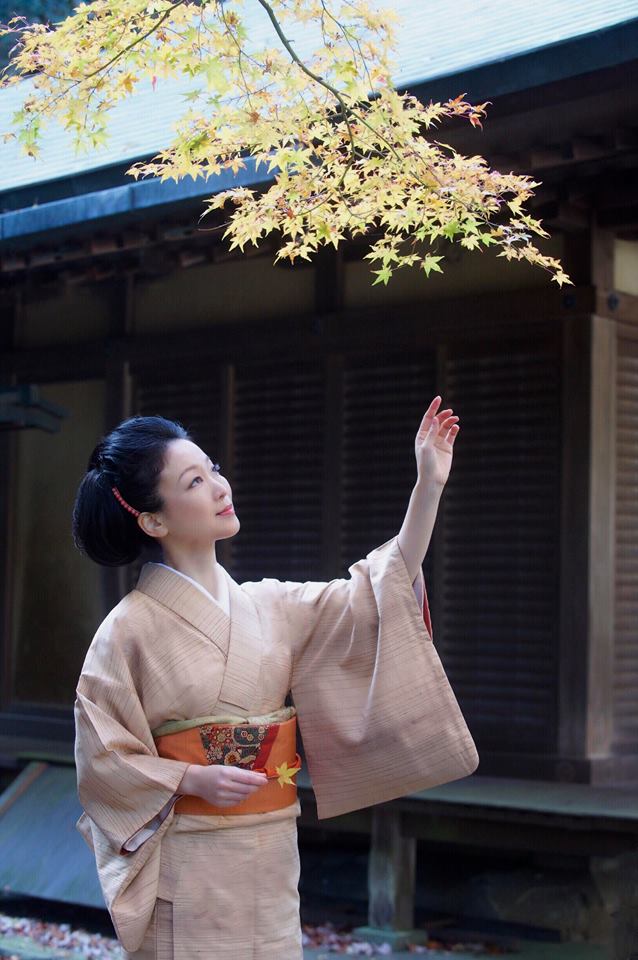 In the late Heian period (the early 800′ s), Onono Komachi, a famous female poet who is said to have had unsurpassed beauty, was writing poems at Gesshinji. There is a tea ceremony house with thatched roof called “Onono Komachi Momotosedo”, and it is said that it was her final resting place. In the tea room, there is a wooden statue of Onono Komachi which believed to have been made by Unkei. Unkei is the best sculptor of Buddhist images in history (in the late Heian era). 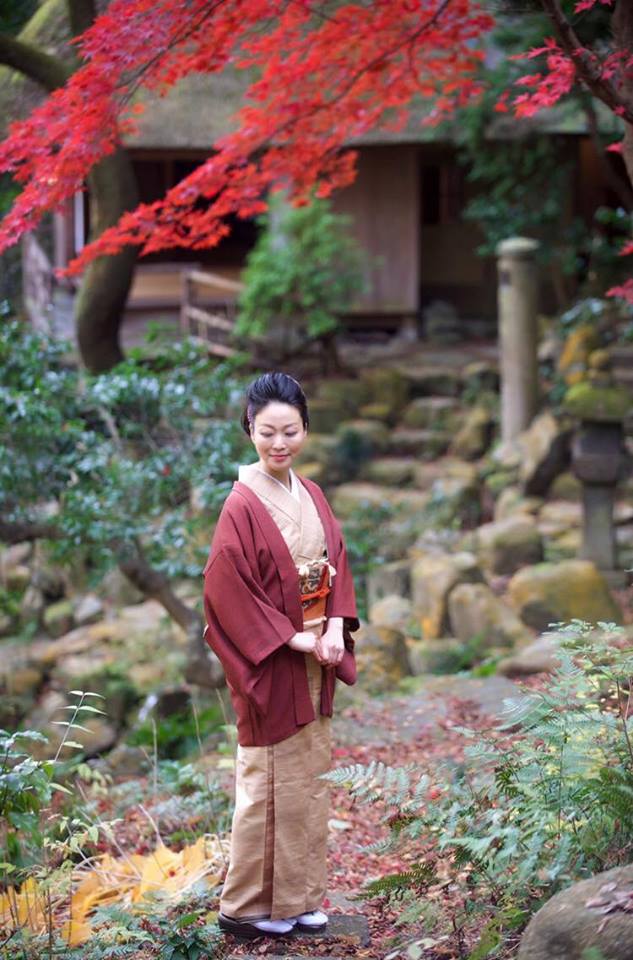 Kansetsu Hashimoto, a great Japanese painter of the early 20th century, bought the place grounds as his villa in Taisho era (1914). After the death of his wife he changed the temple to that of the Rinzai school of Zen Buddhism. Kansetsu welcomed a priest from Tenryuji temple, after that, a nun took care of the temple. After her death the temple has been backing in managing the Hashimoto family again. And now Junko Sophie Okimoto and Everett Kennedy Brown live in and takes care of Gesshinji. They use the temple as their center for promoting Japanese culture.

Meet a descendant of an ancient samurai clan, photograph her in priceless kimono in the gardens of a temple.