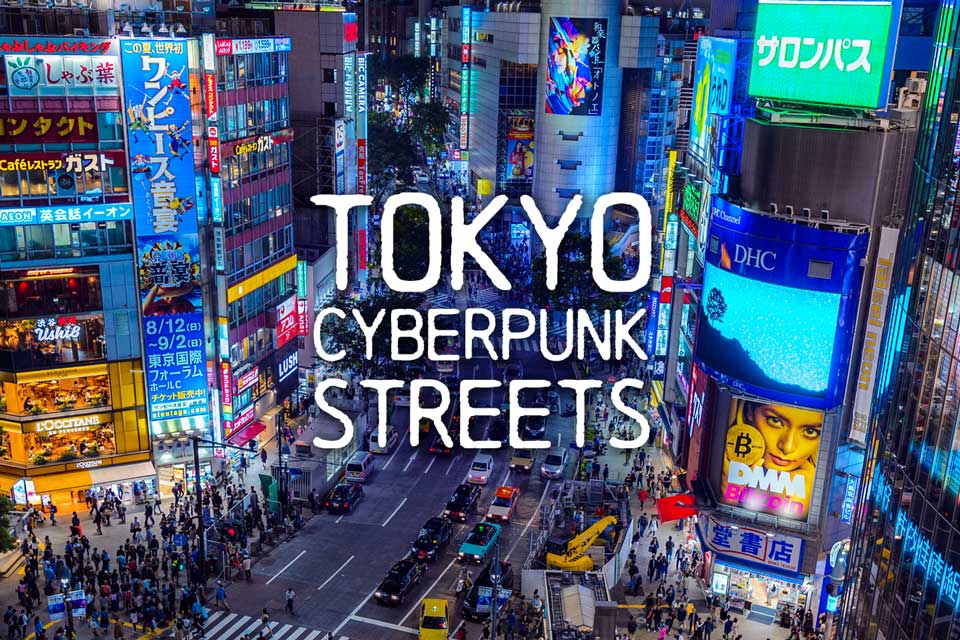 It is no secret that one of the major inspirations for photographers in Tokyo is cyberpunk media. Although, the relationship is better seen as a feedback loop, since most works in the cyberpunk genre were, at least in part, inspired by Tokyo, particularly back in the 70s and 80s. In fact, I had the pleasure of seeing the original Blade Runner (1982, Final Cut) in IMAX just last week. It was a magical experience for me as the film has long been a key inspiration for me (as it has for so many others), both in its themes and content, but also in its cinematography particularly the film’s use of lighting and color.

Inspiration for a Subculture

I don’t need to go into the long list of cyberpunk movies, video games, comics, etc. that can be said to share their aesthetic qualities with those of this awesome city. But this feedback loop certainly exists, and as more and more people are exposed to cyberpunk media some of them eventually venture to Tokyo with the express goal of creating their own unique works imbued with the qualities that ring so strongly in that beloved genre. I am definitely one of those who made this pilgrimage long ago, and I just happened to stick around.

When we started EYExplore a few years back, we were already big fans of this cyberpunk stuff and were ourselves deeply entrenched in this creative feedback loop. This was one reason why we settled our company HQ in a capsule at the Nakagin Capsule Tower, as it is an icon of post-war futurism and now a relic of a future-never-been, it has evolved into a physical manifestation of the cyberpunk ethos. So, it was maybe a bit funny that for a long time we didn’t have an explicitly cyberpunk workshop on our menu. At some point early on we did of course come up with Tokyo Vertigo—which totally fits the bill—but it is geared to a very specific type of photography involving tripods and the exploration of …ahem… inaccessible places.

From Idea to Adventure

What we were missing is an on-the-ground, in-your-face adventure into the deep, dark, neon-filled core of the Tokyo metropolis. What’s more, cyberpunk is not as much about cityscapes as it is about the denizens found therein. The people of the streets make the city come alive with stories that might come straight out of a futuristic dystopia. So, what we needed was a street photography workshop with a focus on urban grit, neon lights, and street life.

And so, we came up with Tokyo Cyberpunk Streets. Keep in mind, even if you’ve never heard of ‘cyberpunk’ you stand to gain much from what is essentially a Tokyo night street photography workshop. It fills a niche for street photographers that are looking for ideas and tips on how to take their night photos to the next level. We teach useful techniques such as panning, working with striking effects like silhouettes and reflections on unexpected surfaces, as well as composition and optimal camera settings, of course. In fact, check out one of the videos on our channel for a brief tutorial on panning taxis and cars in Shinjuku, as it is exactly one of the things that we cover on this photography workshop.

But more important than the techniques are the stories. We venture into the gritty underbelly of Tokyo’s red-light districts—Kabukicho and Dogenzaka. Here we explore the contrast between bright neon lights and dingy alleyways, and these rich and inspiring places allow us to craft photos that themselves convey Tokyo’s uniquely cyberpunk narratives. So, join us on this photo workshop in Tokyo’s cyberpunk streets!