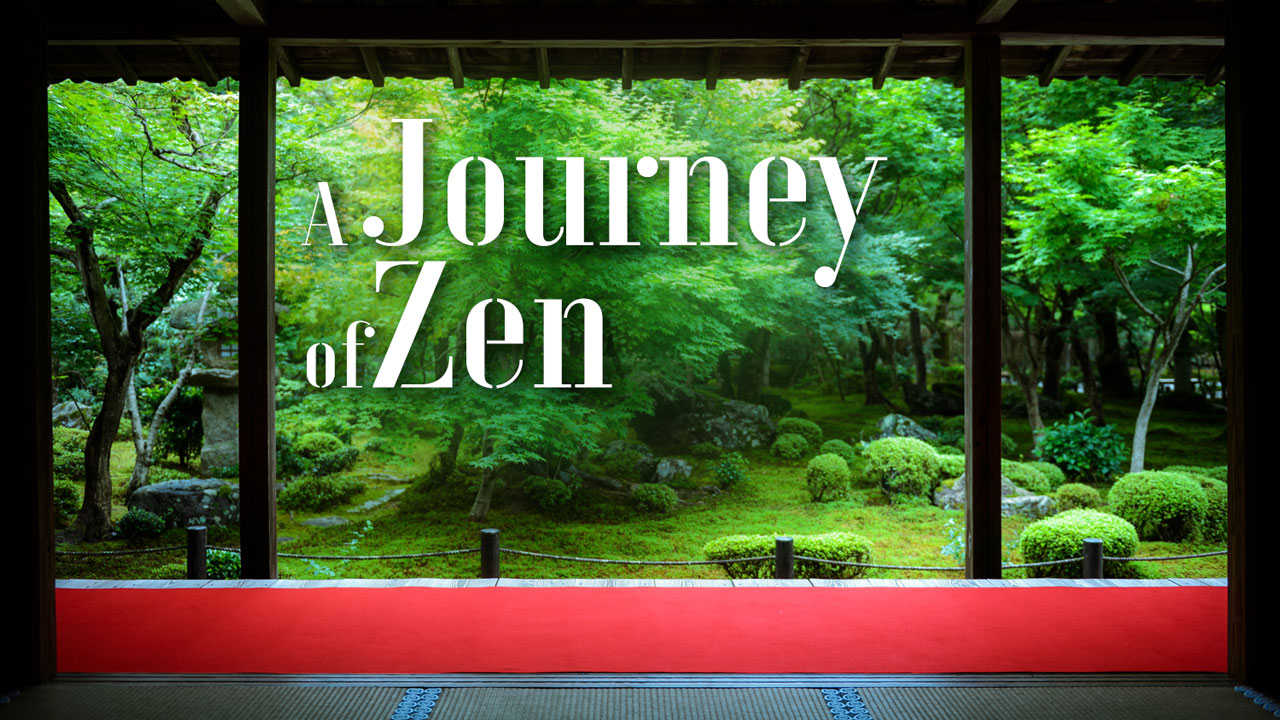 Over the past few weeks we’ve seen some new and exciting developments in the Kyoto branch of EYExplore. We’ve been hard at work revamping some of our Kyoto workshops as well as coming up with new concepts. To that end, I took a week-long trip down to Kyoto and now I’d like the share my adventure with you!

During this trip, I also had the pleasure to get to know a new member of our team: Paul Crouse. Paul is a Kyoto veteran who has lived in the city for over 20 years. I came to appreciate his extensive knowledge of Kyoto and its history and culture. Not only does he possess insights into a wide variety of local topics, but he also impressed me with the depth of his understanding of the city of Kyoto. It also goes without saying that Paul is a talented photographer with a particular journalistic photography style, which makes sense considering he has spent a few decades in the US working as a photojournalist.

Paul began working with us at the start of 2019. Trained by Axel, who was previously our lead instructor in Kyoto and Osaka, Paul has been getting ready to take over. I came down to Kyoto in July and three of us (Axel, Paul, and myself) got to work on expanding our offering in Kyoto by revising and improving an existing workshop, Kyoto Zen Temples, as well as bringing back a classic workshop of ours, Memoirs of Kyoto. I’d like to give you some insight into how we plan and come up with our photo adventures, so you can get a glimpse into our creative process.

Memoirs of Kyoto is Back

On my first day in Kyoto the three of us set off to work on Memoirs of Kyoto, which has long been due for a reboot. This workshop already had a good base of locations, but a few things needed to be removed and replaced with new spots and concepts. We started our adventure at a smaller temple not far from the famed Kiyomizu Temple. We are not completely against hitting tourist spots on our photo tours, but they are the never the main focus. Our goal is to highlight lesser-known spots while emphasizing their photographic potential.

In this case, our target was Otani-Hombyo Temple and Toribeno Cemetery, situated on a hillside near Kiyomizu. We explored the temple’s grounds and structures, but found ourselves mostly preoccupied with the cemetery, which was a rich treasure trove of compositions that benefited from long focal lengths shot at moderate distances. This had the effect of compressing the gravestones into captivating mosaics of granite and Japanese characters.

Chat with the locals and capture kimono in colorful compositions while taking a step into Kyoto’s past.

We spent the better part of two hours slowly making our way through the cemetery. In the final workshop, we cannot spend that much time in one spot, but it goes to show how much brainstorming and experimentation can go into shooting in a single location such this. The rest of Memoirs of Kyoto route was very familiar to me, having experienced it over the past few years when we used to run this workshop. But the cemetery was a highlight for me, and I could have easily spent a few more hours there.

Making our way through Kiyomizu Temple and Ninenzaka, Axel and Paul practiced the main technique we like to teach in this area: how to stop locals in kimonos on the street and ask them to pose for photos. Most people are more than happy to oblige as they love showing off their colorful yukatas and kimonos. I’m rather shy in this regard myself as I’m more of a candid, shoot-first ask-questions-later kind of photographer, so it was fun watching Axel and Paul interact and joke around with Kyoto denizens.

Eventually, we arrived in Gion and just so happened to catch a bit of the Gion Festival which was wrapping for the day. That was a pleasant surprise and in just 15 minutes of frenzied running and gunning through the procession I made away like a robber with a few great shots, especially of the mikoshi (portable shrine) once it was parked in the middle of the street. Although we can’t expect the festival on every outing of Memoirs of Kyoto, it demonstrates that Gion is a lively place with potential for spontaneous action—a great quality for what’s essentially a street photography workshop.

Last year we launched Kyoto Zen Temples as an idea for a photo adventure as morning counterpart to Inari After Dusk. It was well received, and we got plenty of positive feedback, but it was time for a facelift in terms of photo content. Since three of us were in Kyoto it was a great opportunity to walk the route and come up with new shot ideas while also producing new images to show off on our website. So that’s exactly what we did, starting at Nanzenji and then exploring a few smaller temples in the immediate vicinity.

Until now, I had never experienced this workshop myself. And just as in the cemetery the day before, I had an awesome time shooting around the Zen gardens and temples. It was overcast and raining a bit, which I absolutely loved! There is something to be said about a gray day. It allows for certain photos that would simply not work on sunny days. But I don’t need to say anything—the pictures speak for themselves!

After playing around with more straightforward frames in front of the main temple, we headed around back to find the old aqueduct that was built in centuries past to provide water to Kyoto from the nearby Lake Biwa. I myself had no idea this existed so it was an interesting surprise which proved to be fruitful for a nice street photograph (a bit outside the purview of a Zen temples, but hey… I couldn’t resist). 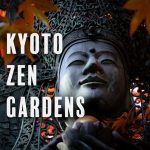 Enter a zen sanctuary amidst nature, hidden from throngs of tourists, and attain photographic mindfulness.

Afterwards we ended up in the neighboring Tenju-an Temple, a small sanctuary harboring a large koi pond and beautiful moss garden. It was here that we were completely enamored (at least I certainly was) with all of the natural beauty and minute details. The gentle rain created spectacular vitrages of ripples on the pond’s surface, while golden koi swam placidly among the lily pads. There was even a bit of bamboo and a seemingly ancient stone lamp on the shore of the pond, all covered in moss. It was all so captivating that I couldn’t pull myself away until we were reminded by Axel that it was nearly noon—lunch time. It took Axel’s growling stomach to break me away from this place and I would have gladly spent another hour in the garden. All in all, it was an awesome shooting experience and I’m proud to include this workshop on our menu of photo adventures in Kyoto!

The rest of my time in Kyoto was spent exploring new areas for possible future workshops. Paul really flexed his knowledge of the city as he took us to a few hidden but beautiful and authentic temples around Kyoto. Because of their relative obscurity they were mostly devoid of tourists, with only handfuls of locals present. My favorite was Tanukidani, which welcomes you with a small army of tanuki statues at its main entrance. As we made our climb up the side of the mountain, we encountered a variety of interesting subjects including snails and moss-covered stone tablets. At the top, we were presented with a splendid view of the terraced temple and the city beyond.

On another occasion we focused our attention on the west side of town where the famous bamboo grove is located—Arashiyama. We’ve always wanted to do something with bamboo, but that particular grove is just so crowded year-round. But Paul, with his excellent knowledge of Kyoto came up with a nice alternative: we went to the nearby Adashino-Nenbutsuji which is more secluded and offers views just as splendid if not better than its more famous counterpart. As a bonus, there is another temple nearby, just a bit farther up the mountainside which lacks bamboo but makes up for it with thousands of moss-covered statues arranged all over its grounds.

A Kyoto photo tour for you!

Those were just some of the highlights of our week-long exploration of Kyoto. They may eventually become full-fledged workshops like Kyoto Zen Temples or Memoirs of Kyoto. But for now, they are interesting locations that we can show to photographers during our Kyoto Bespoke Photo Adventure. So, if any of these places or photos interest you, don’t hesitate to ask us about them as we can certainly run a custom photo workshop for you in those locations. 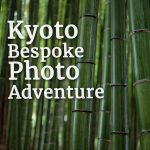 Go beyond the tourist spots and join a Kyoto pro on a photo adventure into the heart of the traditional & cultural Mecca of Japan.

All in all, my trip to Kyoto was a very fruitful one. I left knowing that the EYExplore Kyoto branch is in the good hands of a true local photography expert. And I made away with my own treasure trove of great photos from the trip!