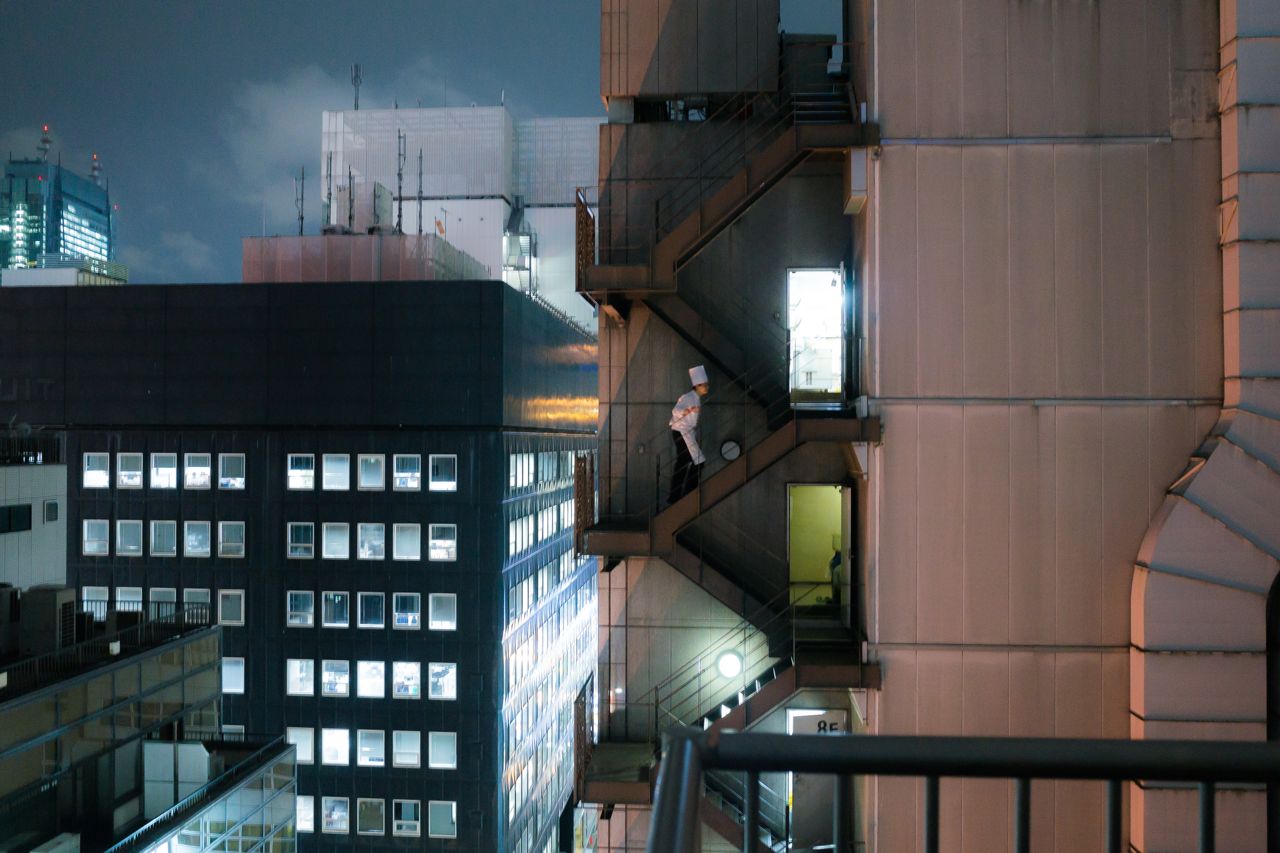 I took this photo so long ago, it feels like an eternity to me. It was during one of my first training with Lukasz Palka on a “Tokyo Vertigo” photo adventure. That’s when I discovered a brand new world hidden in plain sight, just a few meters above our heads. Urban exploration is a rather acquired taste—not for the faint-hearted shooters out there. It often requires a lot of (physical) efforts for little gain. This time though I was in luck! After 13 flights of stairs we arrivedon the edge of the building facing city of Tokyo when, suddenly, a kitchen chef with a traditional hat showed up on the fire escape in front of us. He was going from one floor to another. I sized the (rare) opportunity to capture a specimen of the fauna that inhabits the higher grounds of the metropolis. Shot on Nikon D7100 with a kit lens.